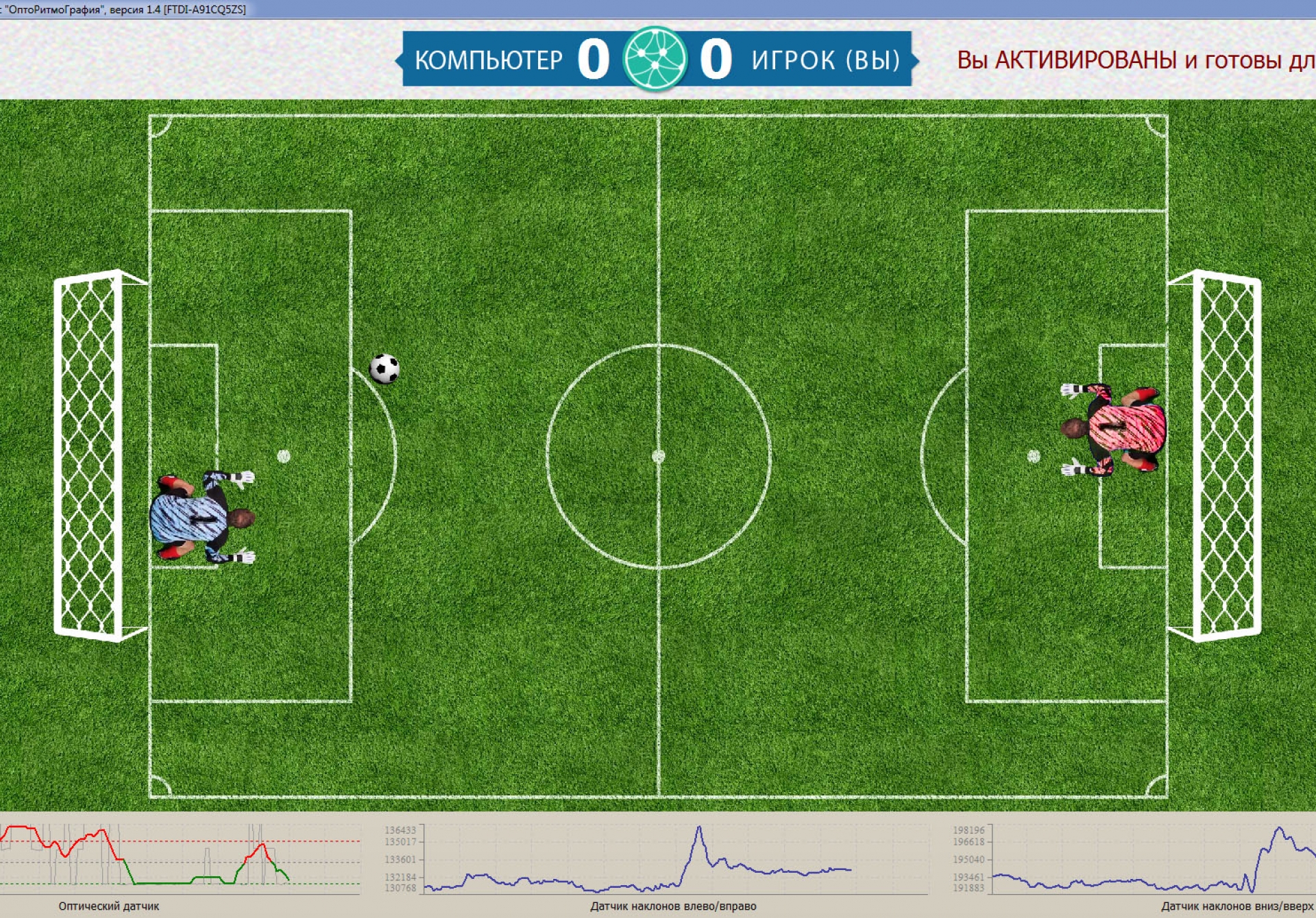 A computer game based on the biofeedback

The user manages the objects in the game by regulating her/his internal state.

An object reflects the current internal state of the user: the object is moved at the moment when the transition from the activation state to the relax state occurs, and vice versa. When the state is activated due to the processes occurring in the brain, the object successfully passes the stages of the game. Activation can occur through the execution of various tasks for logical thinking, counting, visualization of the desired object trajectory, or visualization of abstract geometric objects. There are also such factors as emotional motivation for victory and relaxing through muscular activation, pronouncing, and breathing.

Effect from the game