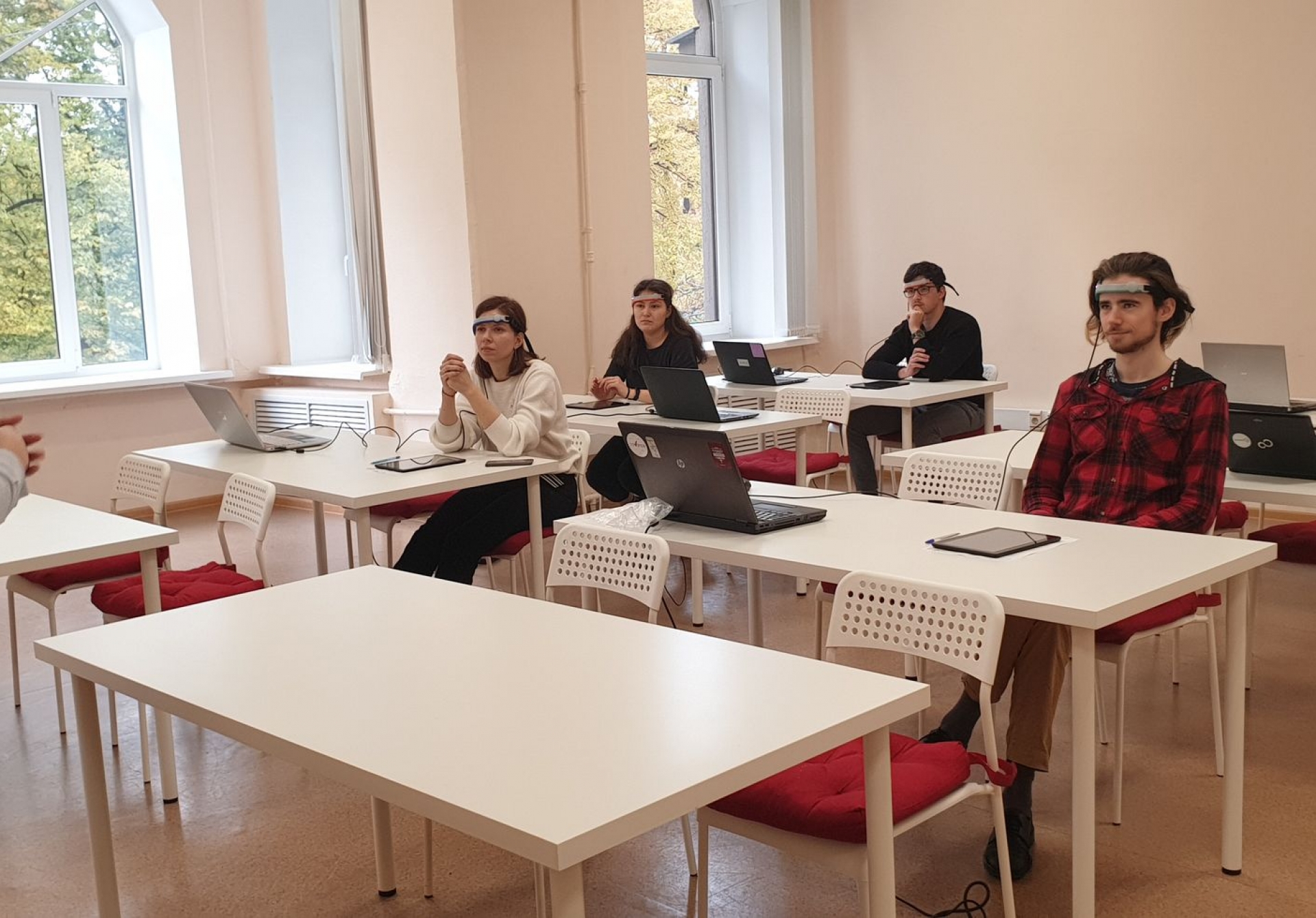 Application in the learning process

Telebiomet Company and the center for educational technologies Advance have jointly conducted a large-scale experiment that in the future may radically change traditional approach in the field of education and personal development.

The main goal of the event is to experimentally confirm the possibility of using the BIXXI device in the learning process – a neurointerface that records the level of brain oxygenation. It was important to evaluate the possibility of tracking the correlation between the activity performed, its type, intensity, duration, and indicators of the amount of oxygen in the brain vessels. The experiment also tested the possibility of using the device and software as feedback for intellectual work.
In total, 3 waves of the experiment were conducted with 5-6 participants in each wave. Each participant received an individual task prepared by the staff of the Advance educational technology Center and a BIXXI device provided by Telebiomet. Teachers and students of the Center took part in the experiment. The activity of brain activity was recorded by the BIXXI-Activity program specially developed by Telebiomet. Everything that happened was additionally recorded on video.
After the briefing and intellectual warm - up, the participants completed the first, not very difficult task-performing a black-and-white 5-by-5 Schulte table with mixing. The task checks for a correlation between performing short-term intensive intellectual work and changes in oxygenation in the cortex.
The second task checked for a correlation between performing 15 minutes of moderate-intensity intellectual work and changes in oxygenation in the cortex. It was performed after a short break and was a standard task "5 for 10" with a time change of up to 15 minutes with the task of the participant to show the maximum result in the number of correct answers.
This was followed by a 15-minute break, after which each participant completed a task similar to the previous one, but with the presence of biofeedback.
The difference between the second and third tasks was that during the third task, a monitor with BIXXI-Activity software pre-installed was deployed to the subject, and he could observe the level of oxygenation in the cortex at the moment, and, if this level was lowered, could take measures to stabilize and increase the amount of oxygen.

Telebiomet employees also demonstrated a developmental program based on the principles of the BOS – neuro-Game for everyone. This program allows you to train the skills of activation of the brain and deep relaxation, as well as the speed of switching between these States. Good knowledge of these skills allows a person to perform tasks faster and better and increases their level of stress resistance. The program is implemented in the form of entertaining games. You can choose to collect nectar, search for treasures and play soccer with a computer or, if YOU have a second bixxi neurointerface, with a real opponent. Playing football also helps to develop proper posture, which is very useful when teaching children and young people.

The center for educational technologies Advance has been engaged in the development of intellectual potential and personal effectiveness of a person for more than 10 years. Training is provided for both children and adults, both online and in-person. Main directions: improving efficiency and foreign languages. To achieve the best results, the Advance Center researches and implements the most effective training technologies. A large-scale experiment conducted jointly with Telebiomet opens up new opportunities for organizing the most modern teaching methods based on the principle of BOS and, therefore, bringing maximum benefit to students.